There are cameras placed on the building of the Lifeboat House in Arklow, standing near the crossroad.

Two of these cameras on 6:00am recorded running Martha.
Martha stops at the wicket, leans against it, she staggers on her legs, squats down.
Then, with her hands raised she runs on.

The same two cameras recorded, 10 minutes earlier, the ride of Martha’s car with her and Csaba.

What happened?
A Lifeboat House employee reviews all recordings only one week after the accident, makes notes and downloads recordings from two cameras from 6:00 am.
After few more days, he gets back to download the recordings of car driving – at 5:50am – but the recordings are deleted from the monitoring system.

What could be seen on those recordings?
(Both cameras were recording from the car passenger side)

Those recording were especially important because of:

Was the destruction of those recordings, from two cameras from a specific hour, a coincidence?

Or maybe the recordings have been preserved, but have not been made available?

Why did not “the defence” call as a witness a person, who reviewed the recordings before their destruction, and knows what was on the recordings? 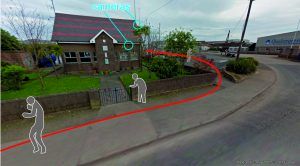 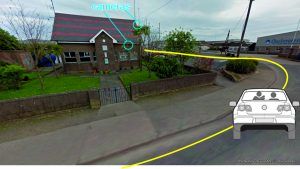 There are at least several industrial cameras, on the route which Martha and Csaba drove.

GARDA was concentrating on Martha driving through the center of Arklow, where she was driving alone. Recordings from at least two of the cameras were gathered.
No recording  from the route of Martha driving with Csaba did preserve (or recording wasn’t disclosed).

What would be seen on those recordings?

Is the lack of recordings from CCTV cameras a coincidence?

Or maybe some recordings preserved?