Aside from making phonecalls to Martha, Csaba used to write a lot of SMS to Martha, at different hours

SMS only from Csaba from just 2 days:

Martha’s phonecalls to Csaba were frequently an answer to those SMS.

Csaba, desperate, rejected boy, wrote everything in those messages:
from love confessions to vulgar invectives.

Content of Csaba’s SMS could have been downloaded from Martha’s phone or Csaba’s phone.

It wasn’t downloaded from any of the phones.

Or maybe they were downloaded but not disclosed? 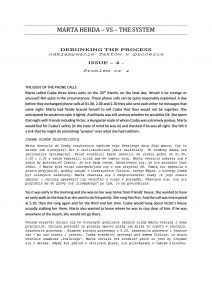