Image of Martha in Irish media – Martha is counted among the most dangerous women in Ireland. 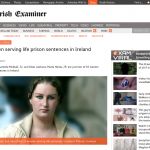 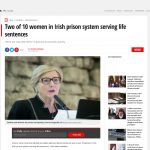 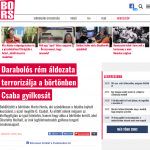 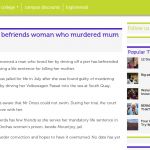 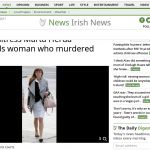 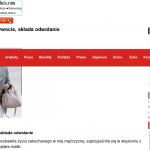 Probably the only Irish newspaper that wrote the truth about the postcards. Without going further into the content of the article, we congratulate honest description of postcards. 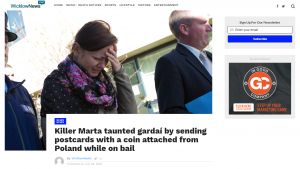 And this is how Irish media presented the matter of postcards sent by Martha.

Please click on the thumbnail to see full screenshot of the article.

There were only few simple words in English on the postcards. There is no possibility of mistake or misinterpretation of them.

Did the presentation of a few words TRUTHFULLY exceed the capabilities of the Irish media?

How credible are reports on Martha’s case published by the media for four years?

“Dear Sir/Madame
We are sending You a document sent to us by a lawyer, providing a short analysis in which he presents absurdity of two main clues of prosecution in the trial of Marta Herda.
Best regards
http://helpforMartha.org Team”

We attached a file to the message: 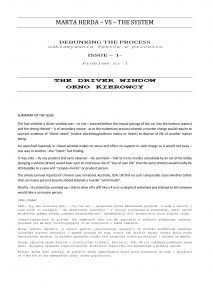 As before – the only responce we got was confirmation of receiving the message.

On 25th of october 2017 we sent an email to television stations and newspapers in Ireland:

For over four years now Irish media publish reports on events related to tragic accident involving Marta Herda, in which the passanger of the car died.

All this time all reports were one-sided: they came from the prosecution or the family of the deceased.