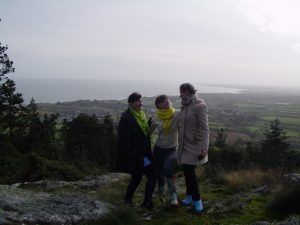 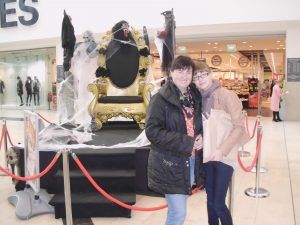 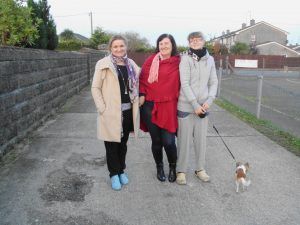 Marta really wanted to get an extra phone today, but it failed.
So she called her mother with wishes.
Later she made a phone call to her sister.
Unfortunately, she could not make any additional phone anymore.
She really wanted to call her friends.
She asked for the best wishes from her.
For everyone.
But especially for her closest friends and their families:
for Kasia, for Mariusz, for Rafał, for Krysia, for Tomasz.
She is with everyone.
Thoughts about everyone.
She imagine everyone sitting with their families at Christmas Eve tables.

“I am with you with all my heart.
I love everyone.
I miss you.
Thank you for your support.
I wish you true love and warmth.
And health, because health is the most important. ”

And Marta herself:
it’s a holiday today:
the block is closed earlier.
Candy is waiting for Marta, waiting for coffee and popcorn.
Yesterday, Marta sewed her pants for the first time.
Denim jeans.
Tomorrow will shorten them and walk in them …

Meeting on sunday, after few months (since April) started with tears of emotion. Feelings took us over so much, that only thing we could do was to swallow bitter tears, without the possibility to say a word…
We’ve only looked at Martha, and she looked at us, and we held our hands tight together…
After some time we started talking.
And so, not knowing when, the visit time passed.

On the next day, we were full of enthusiasm from the possibility of meeting, so the time passed even quicker, full of mixed emotions, from joy, through helplessness, anger, sadness…”

Yesterday, on May 26, Martha called her mum, to give her wishes on Mother’s Day.
She ensured her mum, that she loves her very very much.
She wished her mum to be healthy and strong.
Martha also promised, that for mum she also will be strong.

Martha had a grudge against her mother, that she lies to her.
Mum, for the 6 minutes of phone call with Martha is happy and smiling.
And then she cries and she is devastated.
(We don’t know if it is someone from the family or friends who accidentally let that slip. Or maybe Martha guessed it by herself, that mum had broke down after unfavorable decision of the Supreme Court).
Both Martha and her mum should be strong…
…As much as it is possible…
…not everything is lost yet…

On Wednesday, May 23, for the first time from the disastrous Monday, Martha talked by the phone with her mum.
Earlier, because of important events happening, Martha had to talk with other people from the family, including her sister.
Mum helps as much as she can.
And even much beyond her capabilities…
Mostly she tries to support Martha’s psyche…
This is what Martha needs the most.
But mum is also aware of enormous financial needs.
She’s after talks to take another loan to save her daughter…
TRUE MOTHER…

The talk of mother and daughter was very emotional.
Both fell in tears.
Martha said:
“Someday everyone will know the truth?”
and
“We will meet in a better age…”