Meeting on sunday, after few months (since April) started with tears of emotion. Feelings took us over so much, that only thing we could do was to swallow bitter tears, without the possibility to say a word…
We’ve only looked at Martha, and she looked at us, and we held our hands tight together…
After some time we started talking.
And so, not knowing when, the visit time passed.

On the next day, we were full of enthusiasm from the possibility of meeting, so the time passed even quicker, full of mixed emotions, from joy, through helplessness, anger, sadness…” 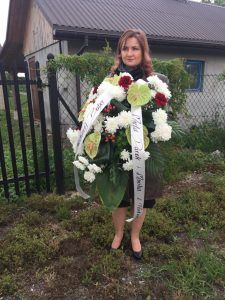 Martha learned about that from her sister via telephone call.
Both sisters were silent, not knowing what to say…
The grandma was very liked…
Both sisters owe her a lot…

Martha asked to buy a candle on her behalf, and to put it on the grandma’s grave…

“She was my last grandma…” 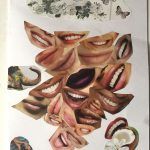 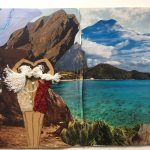 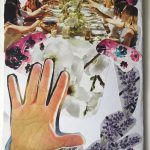 Martha asked for an additional phone call.
(Again the talk was “very” eavesdropped).
Martha was very keen to call her sister.
The sister does not celebrate birthday, but Martha always remembers about that day.
Every time on that day she calls her sister.
Even the prison didn’t change that custom.
She was very keen on her sister getting a letter from her that day – a scrapbook with hearts and smiles.
(And the letter arrived today)

On that day, Martha wished her sister smile.
So that she, despite of what’s going on – she always enjoy life.
She wished her, that their dream come true.
That thet sit together in the garden, drinking orange juice and laugh to the sun.

It was a very tough night for Martha’s family.
All the time while being imprisoned, Martha was calling someone.
On Monday, April 23, no one of family or friends got a phonecall.
PROBABLY FOR THE FIRST TIME.
The family was worried, because Martha was very emotional about the goodbye.
Martha is always waiting for something, and now… no one knows (there is no date) when her sister will arrive again.

One of Martha’s friends, asked by Martha’s family, called the prison at night, and she was told only that Martha was on the dinner.
On Tuesday, a friend, and Martha’s sister called the prison, asking to tell Martha, that her family is worried, and they await phone call.

First there were several attempts to connect from an undisclosed number.
Finaly Martha could be heard.
She could be heard but with a large delay.
When Martha was asked a question, there was a silence. While asking next question, Martha was answering the previous, speaking simultaneously.
You did not need to hear someone’s breath to be sure that someone else is very much interested in the content of the conversation.

Out of necessity, for these 6 minutes (due to delays – 3 minutes) it wasn’t much of a talk.
The family had heard Martha, but they are certain that something happened on Monday.
It’s impossible that Martha didn’t want to call.
SOMETHING HAPPENED.

Most often the problems arise when the sister leaves.
When the sister is in Ireland, everyone pretend that everything is all right.
Just as the sister leaves Ireland, already on Monday, some strange things start happening.
Mrs Chief also announces that she will talk to Martha after her sister’s visit.

(It was similar with the first trial in the Court – sister left Ireland, when she already postponed the filght date once. Everything was indicating, that the Jury will not make the decision. Just as the sister left – decision was made, and what decision.)

Should Martha’s family come to Ireland more often for Martha’s good?
Or maybe it’s the time for Martha to bid farewell to unfeeling Ireland?

After yesterday’s accidental accidental obtaining of information about Martha’s degradation, sisters anticipated further problems. And so it happened today.
For two weeks Martha was checking every day if her sister’s visit is booked.
And it was. The sister was booked for visits on three days.
But changing of Martha’s status resulted in cancellation of one visiting day.
The sister met Martha on Thursday. Friday visit was cancelled. Saturday is planned as new week starts on Saturday (seeing Martha by her sister on Saturday means that no one else can visit Martha until next Saturday)

Both Martha and her sister were, however, very determined.
Martha was asking in the morning. Sister came in visiting time, and was decided to wait as long as it takes. She especially came from Poland for 4 days so she can see her sister for 3 days.

We thank very much to the officer who called Mrs Governor.
We thank Mrs Governor for coming specially to the second gate, and allowing sisters to see each other.

And Martha?
She only had to pass near a boorish prison officer, who spits behind her every time when she walks by (when the officer walks by Martha’s cell, he kicks her door).
And sisters could meet, enjoy each other, and hug.
Supervised under the watchful eye of officers, if they don’t give something to each other, if they don’t write something…